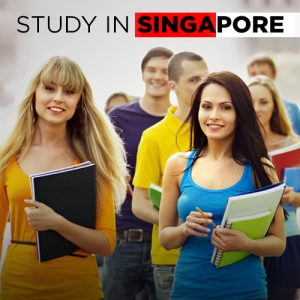 Geographically, Singapore, an island city-state off southern Malaysia, is a global financial center with a tropical climate and multicultural population.

With a steep rise in the importance of studying on a global level, Singapore has become one of the most happening cities for higher education. The Garden City-State is amongst the top 15 best student cities, as per QS Best Student Cities ranking 2017.

Along with rise in the demand for a quality education, there are so many great benefits of studying in Singapore including reduced fees, a range of highly ranked universities. There are amazing reasons behind the specialty of Singapore. Singapore is an ideal destination for doing your higher studies. Some of the reasons are listed below. You can check the list below and get the perfect reason to choose Singapore.

Singapore is one of the safest countries in the world to live in with one of the lowest crime rates. Unlike many western countries where crime is high and many people own weapons, here weapons and guns can’t be easily purchased.

Over the past few years, Singapore has implemented a number of strict laws, promoting low crime rates to keep the streets and public transportation safe for locals and tourists. It is safe to walk the streets at night. Parents can thus be rest assured that their children will be safe in Singapore.

No need to learn a new language

One of the advantages of studying in Singapore is that you will not have to learn additional language.

Other than this the other languages which are quite common over here are mandarin, Tamil and Malay. However, English speaking people are largely available this is one of the most incredible factors.

Cultural-wise, Singapore can be thought of a proper blend of the East and the West. Singaporeans are Asians, yet also modern and multicultural in many ways. People living, studying and working in Singapore have originated from all over the world and as a result, the country is the collection of diverse cultures, ethnicities, and religions. This incredible diversity functions in harmony, as the nation is relatively free from conflict.