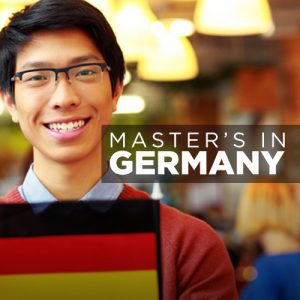 Germany is the third most popular destination among international students in the world. More than twelve percent of students at German universities come from abroad just like you. Germany is an attractive place to study and German university degrees are highly respected by employers worldwide.

A student who prefers to study in Germany for Masters should have a good academic background. Germany focuses its attention on the complete profile of an individual, but the major focus is on academic score of a student in his previous education to decide on his enrollment for higher education within the country. Instead of checking the individual scores of students as per their country education boards, Germany converts all scores on a German scale. German Grade calculator expresses Grade Point Average (GPA) on a scale of 1 to 4, with 1 being the highest score and 4 being the lowest for a passing student. Any score can be converted into a German GPA using the following formula.

If the score is between 1 to 2.5 better are the chances of getting public universities of Germany.

The German language proficiency is broken in 6 levels, which are A1, A2, B1, B2, C1 and C2. The proficiency level asked by each university differs and students are advised to have a minimum B1 level proficiency before reaching Germany.

The reason students prefer Germany is because it’s Technically Advanced Country, lot of Automobile Industries have their Head Quarters in Germany and the best part is, low tuition fees in public universities. Public universities charge students as low as 200-300 Euros per semester which is very affordable. This makes it easy for students to study abroad and earn a degree from a reputed university. Germany also offers 1.5 year stay back option for students who have completed Master’s course.